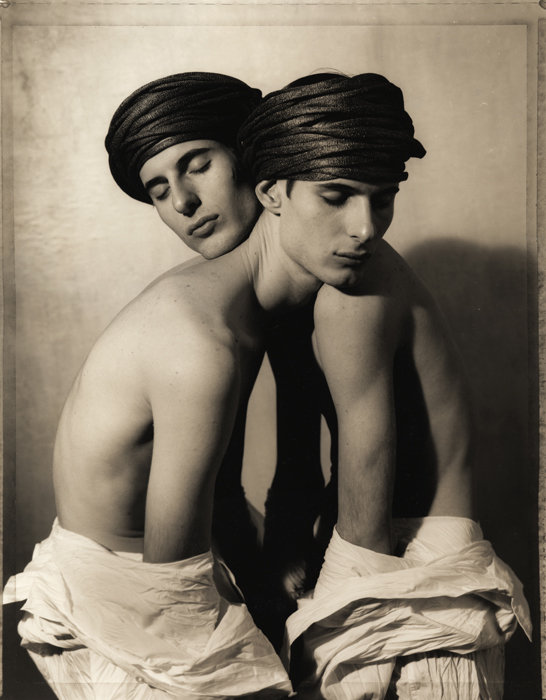 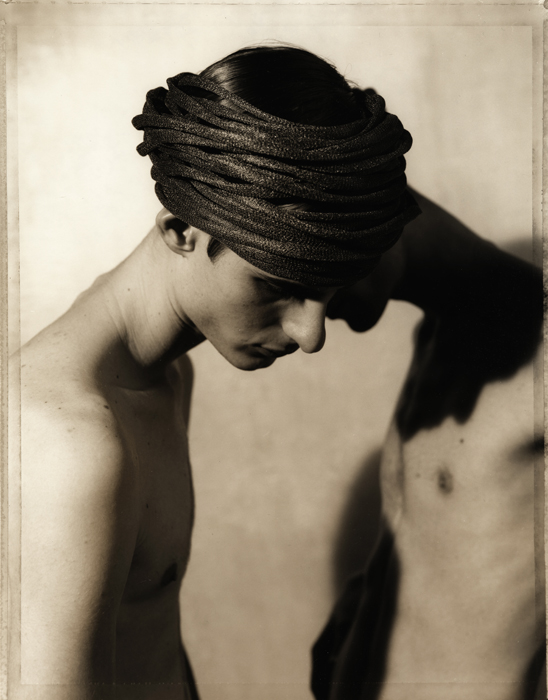 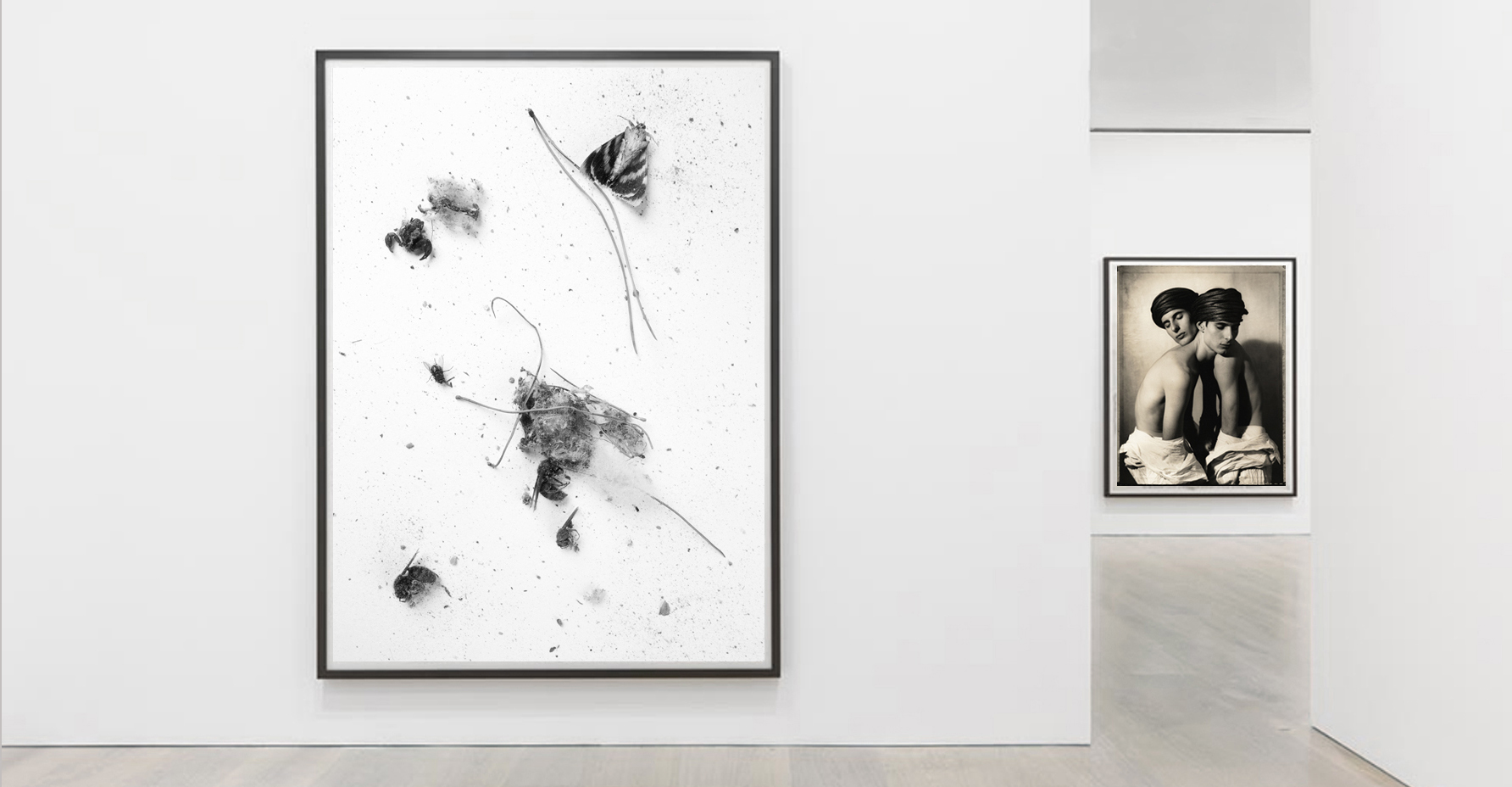 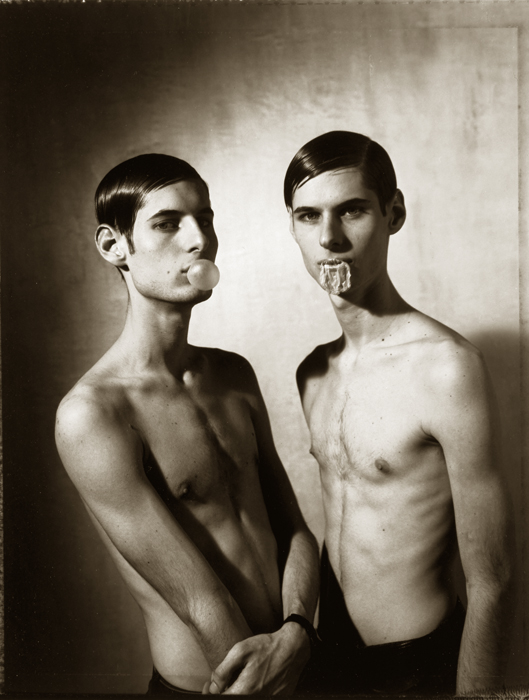 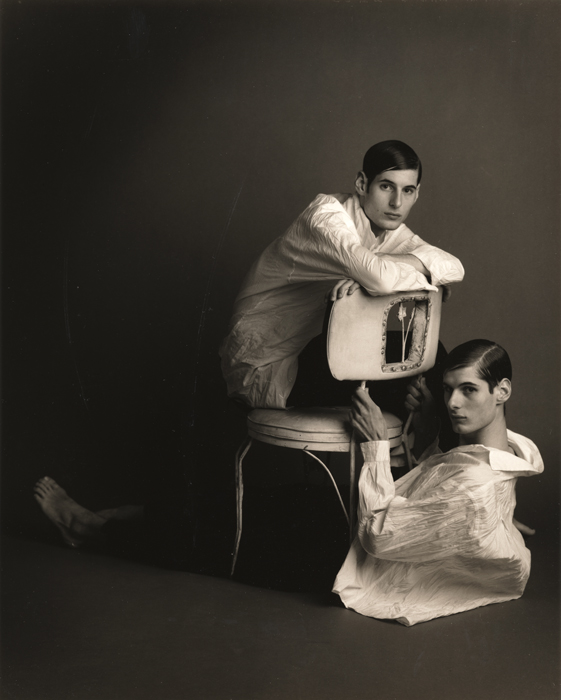 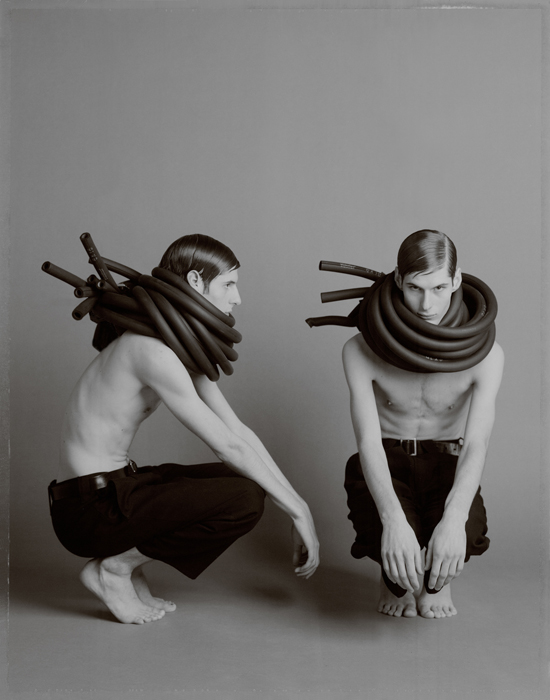 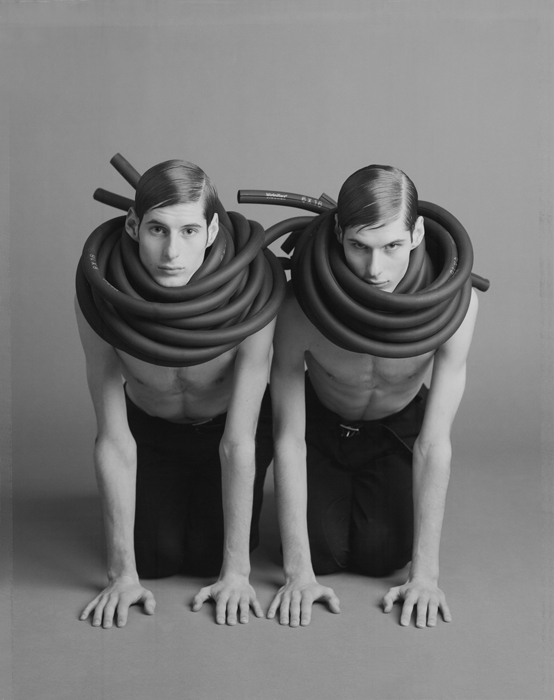 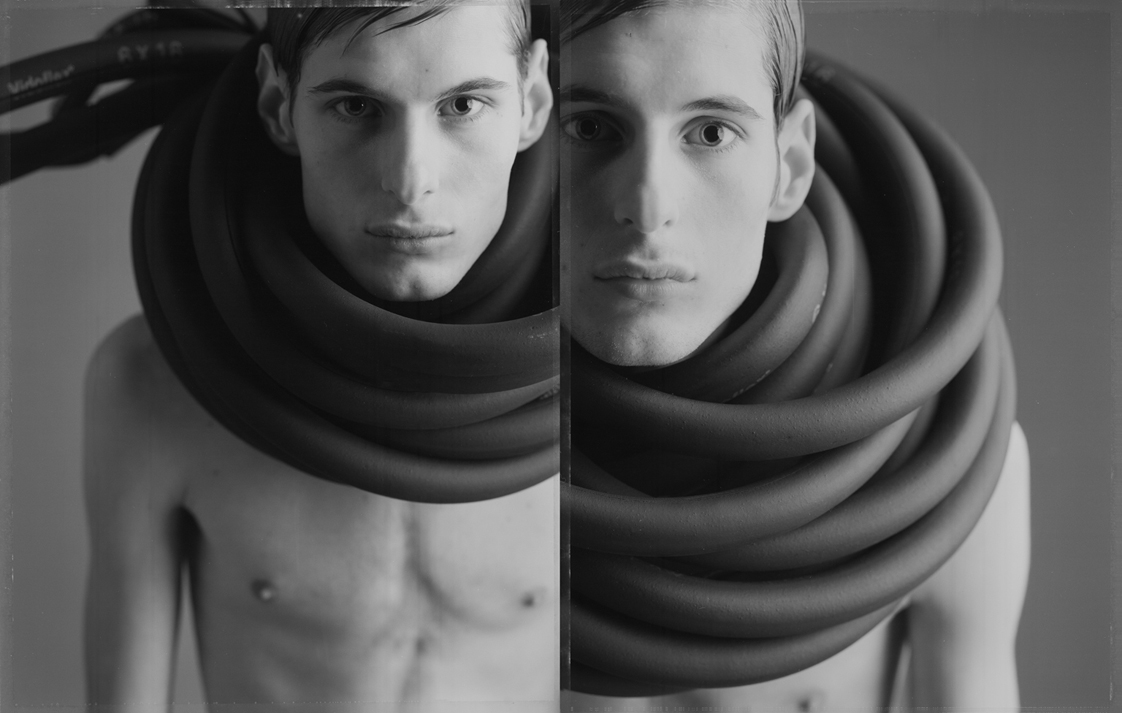 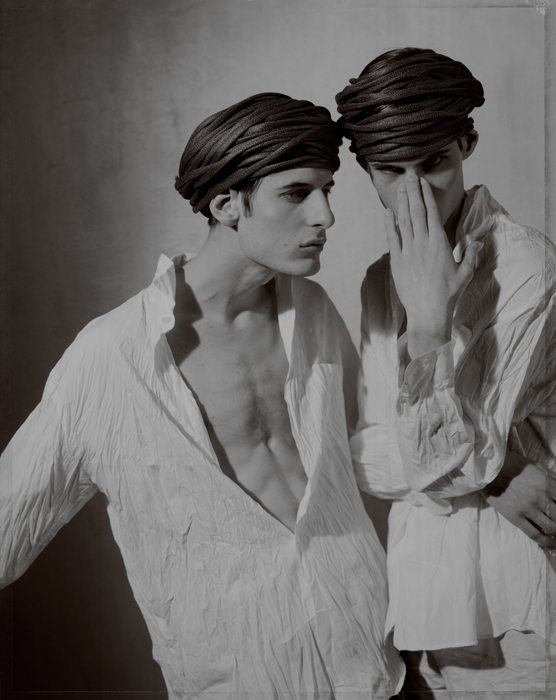 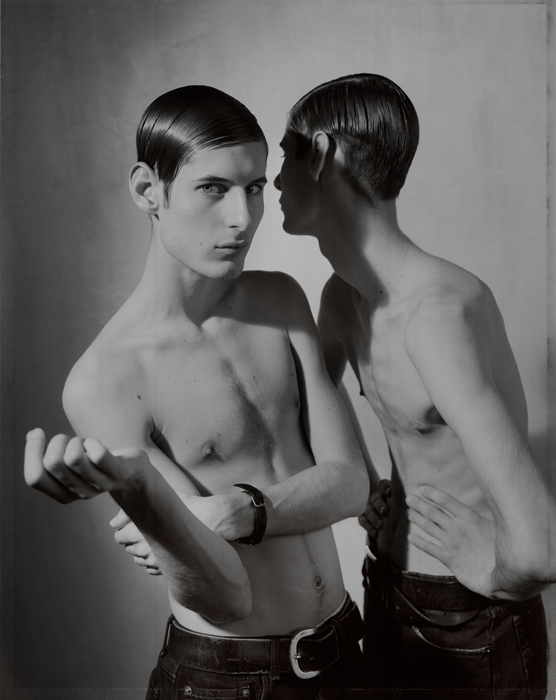 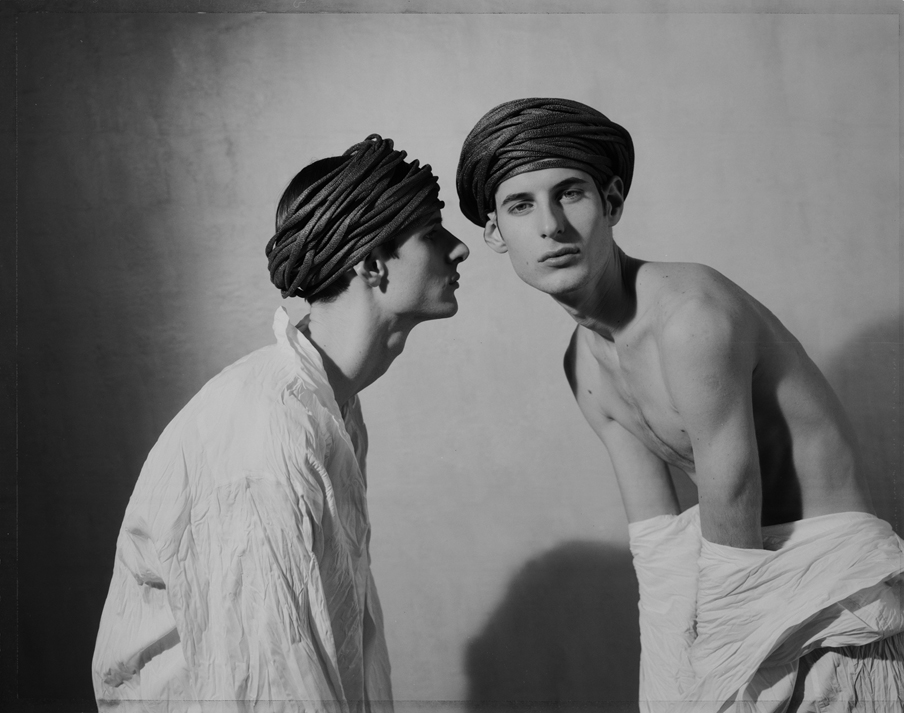 Twins No Shirt I

The Twins: A close friend had said, you must photograph my two friends, Mark and Ian. They are identical twins.
It had this absurd idea that I might show their genetic bond using the childhood game of stringing chewing gum between their noses. That shot didn’t really work, but in preparation, I had given each of them the exact same amount of bubble gum to chew it and soften it for the shot. They stood there, chewing identically and without discussion blew the exact same size bubble at the exact same time. If these two weren’t connected, nobody was. It was just wild to experience. The bubbles they blew were exactly the same size, then one popped. I made them freeze. It was their identicality and individualism all in a single shot.
We continued to shoot using hardware items as clothes. The turbans were braided wire used for grounding buildings from a lightning storm  and the black tubes were pipe insulation. The success was thanks to my friend Todd for bring these two very willing artists into my studio back in 1991. Mark and Ian went on to model for others and to shoot with a Canadian supermodel for a Vogue spread a few years later.